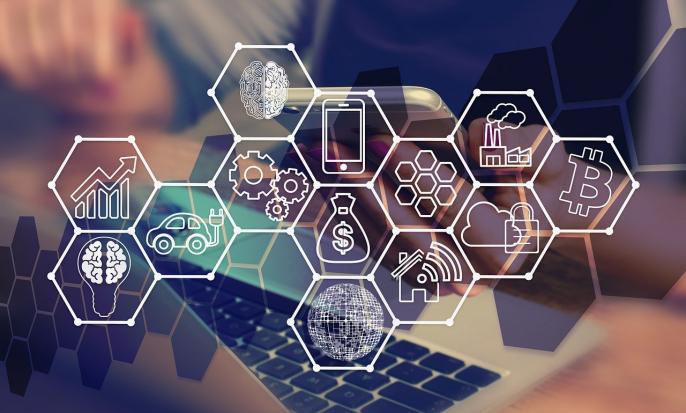 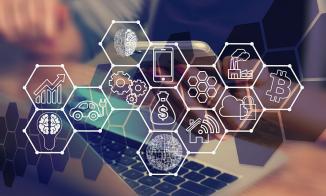 Two-thirds (68 percent) of all craft businesses in Germany already use digital technologies and applications. Two years ago, the figure was significantly lower at 53 percent, and in 2017 it was only 45 percent. For more than half of the craft businesses (56 percent), digitalization has become more important, particularly as a result of the Corona pandemic. And 55 percent of craftsmen and women now say: Digitalization secures the existence of our business. These are the findings of a recent representative survey of 503 skilled crafts businesses in Germany, conducted on behalf of the digital association Bitkom and the German Confederation of Skilled Crafts (ZDH).

According to the survey, 45 percent of craft enterprises currently use cloud computing. One in seven (15 percent) have tracking systems in place to track machinery and equipment. Just as many (14 percent) use predictive maintenance, which uses sensors and data analysis to detect impending equipment failures at an early stage, and 11 percent use smart software that automatically schedules working hours according to project status, for example. 3D technology is used by one in ten craft enterprises (10 percent) and drones by 8 percent - the small unmanned aerial vehicles are particularly interesting for the main construction trade. 7 percent network devices or systems via the Internet of Things (IoT). Robots (6 percent), virtual or augmented reality (3 percent) are hardly widespread, and artificial intelligence currently plays virtually no role in the skilled trades (1 percent). ZDH Managing Director Karl-Sebastian Schulte: "The development we are observing makes us feel positive. A good two-thirds of craft enterprises already use digital technologies. The survey results clearly show that use has increased enormously over the past two years." Bitkom Managing Director Niklas Veltkamp adds, "Digitalization has made significant progress in the skilled trades over the past two years. Even in times of full order books, digital tools and applications can effectively support both small and large companies and make them strong for the future."

4 out of 10 craft enterprises use social media

There has also been a strong push in the skilled trades in the use of digital platforms. 4 out of 10 businesses draw attention to themselves on social media (2020: 30 percent), with small businesses with fewer than 5 employees apparently able to devote significantly fewer resources to Facebook, Instagram, LinkedIn and Co. (29 percent) than larger businesses with 5 or more employees (57 percent). More than a quarter (27 percent) have a listing on a review platform such as Yelp (2020: 23 percent) and 22 percent use online platforms for orders and appointments such as MyHammer or Treatwell (2020: 14 percent). "Platforms and social media in particular are part of life for many people in Germany. They make it particularly easy for potential customers to find out information or book appointments. In order to address their target group, craft businesses should check which digital platforms it is worthwhile for them to be active on," says Bitkom Managing Director Niklas Veltkamp. However, almost all craftspeople (97 percent) have their own website, 76 percent have an entry in online directories such as gelbeseiten.de, and 23 percent place ads on the web. Likewise, more than one in five businesses (22 percent) uses marketing via e-mail or newsletters.

Whether for orders, making appointments or exchanging technical information: In the pandemic, digital tools and solutions for communicating with customers, employees or business partners have become significantly more important overall. In both internal and external communication, the use of video conferencing via Zoom, Skype or GoToMeeting, for example, has grown the most compared to 2020: internally from 5 percent to 29 percent and from 11 percent to 42 percent in external communication. One in five craft businesses (20 percent) already uses collaboration tools such as MS Teams or Slack internally, and 18 percent also communicate externally via them. Messenger services such as WhatsApp, Signal or Telegram are now used by the vast majority of craftsmen and craftswomen for internal (91 percent) communication - almost two-thirds (63 percent) also use them for external professional exchange.

Nevertheless, digital tools have also changed relationships with customers - not always for the better. 97 percent of craftsmen and women agree with the statement that customers expect rapid feedback as a result of digitization. 82 percent experience that customers expect fast delivery and 81 percent that more individualized offers are desired at the same time. Three quarters of craft businesses also note: Customers expect constant accessibility 24/7 on all channels. In addition to their day-to-day business, craft businesses are facing new challenges in responding to these changing customer needs and developments. Digitalization is both the cause and the solution here. "One more reason to actively address the topic and its possible applications in your own business," says ZDH Managing Director Karl-Sebastian Schulte.

IT security is important for two-thirds of companies

According to the companies, the biggest hurdles to using new technologies are high investment costs (71 percent), concerns about IT security (65 percent) and high data protection requirements (62 percent). These are followed by inadequate Internet provision (61 percent) and concerns about the loss of data sovereignty (59 percent). Nevertheless, 67 percent emphasize that the issue of IT security is very important in their company. Only 15 percent worry about hacker attacks on their business against the backdrop of the Russian war of aggression on Ukraine. "Cybercrime has been on the rise for years. That's why craft businesses should also review their own security precautions and make improvements where necessary," emphasizes Bitkom Managing Director Veltkamp. Karl-Sebastian Schulte adds: "Against this backdrop, cyber security is becoming a central prerequisite for digitalization, which every business should consider from the outset. Support is provided here, for example, by the route planner for cybersecurity in the skilled trades."

Overall, almost two-thirds of craftsmen and women (64 percent) say: Digitalization is a challenge for our business. However, this puts digitalization behind other current challenges for the industry, such as high energy prices (68 percent), the search for qualified skilled workers (77 percent) or interrupted supply chains due to the global political situation (77 percent).

However, one in three craft businesses (37 percent) also has specific problems coping with digitalization as a whole. 81 percent consider many digital applications on the market to be oversized for their own business, and half (54 percent) cannot afford many applications. In this context, the federal and state subsidy programs available for this purpose tend to score rather poorly among craft enterprises in Germany: 97 percent often consider the application for subsidies for digitalization measures to be too bureaucratic, and 88 percent believe that these fail to meet the needs of the businesses. For just 26 percent, subsidy programs are an essential component for the digitalization of their own business. ZDH Managing Director Karl-Sebastian Schulte: "It is important to us that digitalization projects continue to receive political support. There are good approaches, such as the "go digital" and "digital now" funding programs, which subsidize professional consulting, employee training and the implementation of digital technologies. However, there is room for improvement in terms of manageability: The application process often seems too bureaucratic and time-consuming for micro-enterprises. At the same time, by funding the Mittelstand-Digital Zentrum Handwerk, the German government is offering a concrete point of contact that provides practical information, qualification and support services for craft enterprises and SMEs. " Bitkom Managing Director Niklas Veltkamp: "Above all, it also depends on the craft enterprises themselves: If you want to digitize, you have to get going. The task now is to continue and consolidate the digitalization boost from the Corona pandemic. Companies that are digitally positioned are not only more competitive, they also come through the crisis better."